Two Things I've Learned as a Woman in Tech 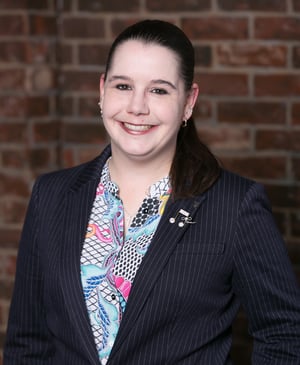 Being a woman in tech is not something that I had ever originally considered as a career path – being a massively imaginative young woman with a passion for writing fiction novels, I can admit that following a career in technology had never occurred to me.


But, now that I find myself the content writer for not one but two technology companies, I can honestly say that I wish I’d pursued this career path sooner! Being a woman in tech is fascinating! Sure, we’ve got a long way to go with regard to equal opportunity and equal representation, but the technology industry is a lucrative and highly exciting field, offering more flex hours and a better work-life integration for everyone involved.


In honour of International Women’s Day, which is coming up on March 8th, I’d like to highlight two very important things that I’ve learned over the past two and a half years that I’ve spent in the tech industry, and show you why I think being a woman in tech not only matters, but has helped me thrive!

ProServeIT Believes in Women in Technology

Why Gender Diversity in Tech Matters

It’s true that women make up only 25% of Canada’s technology sector, but the technology industry needs more women in tech roles! Why is that? Why is it so important for women, like me, to stake our claim in the tech industry?

The simple answer is because diversity – all diversity – in technology leads to better ideas and insights, and those teams that invest in diversity are far more likely to outperform non-diverse teams when it comes to innovation.

We are well into an era of massive technology changes, and we’re advancing at breakneck speeds. Technology is an ever-changing industry, and we’re constantly coming up with new ways to increase productivity, efficiency, collaboration, and communication – from personal shopping and customer service bots, to wearable devices, to Internet of Things devices, Smart Home systems, personal assistants like Cortana, Siri, and Alexa, self-driving cars, and much more!

Take, for instance, the rapid development of artificial intelligence over the past few years. Brad Smith, President & Chief Legal Officer of Microsoft, reiterated the importance of diversity in technology during a 2018 corenote speech, when he mentioned that humanity can’t develop artificial intelligence without taking a “human-centred” approach.

If women aren’t included as equal players in our quest for new and improved technology, we’re only seeing fifty percent of the “bigger picture” that is our technology landscape. Innovation and progression are hindered when diversity isn’t present – people see different solutions based on their perspectives and biases.

#2: Women in Tech Don’t Have to Be Technical!

One of the reasons I didn’t initially consider pursuing a career in technology is because I am not a technical person. I struggled with mathematics and science classes in high school, and even flunked my Grade 11 mathematics course. The little HTML code I taught myself for a previous job I held made my head hurt, I wasn’t interested in coding, and I just never saw myself as a “techie”.

But then I began to hang out with tech people. Incredibly brilliant, wonderfully funny men and women in the tech industry, who were so passionate about what they were doing; they showed me that the tech industry was the way of the future – a thriving, vibrant, exciting future!

And so, during my latest job hunt, I searched for ways that I, an experienced writer, could take my talents and apply them in the technology industry. I found a posting for an internship at ProServeIT – they were looking for a marketing assistant to help them re-write the content for their website. As soon as I started working for ProServeIT, I realized that there were plenty of non-technical ways that I could enter the tech field, and that my ability to write was just one of them.

Marketing, finance, HR, sales – all of these peripheral roles play a vital part in the technology industry, and women who don’t necessarily consider themselves “technical” can easily find their way into the field through other means. And, by doing so, these women get a taste of the tech life, they get opportunities to learn about technology that they may not otherwise have, and they can use those opportunities to branch out into their own areas of interest.

When I first started at ProServeIT, I didn’t know much. Azure? SharePoint? Multi-Factor Authentication? Tech-speak like that was all Greek to me! But, the more research I did, and the more content I put together, the more I realized that this stuff I was learning about was fascinating! I wanted to learn more. And I wanted to grow, to be able to write more technical pieces, and to be able to contribute to more technical discussions happening around me.

Now, two and a half years into my role at ProServeIT and LineZero, I realize I’ve picked up a lot of information! I found that I have a fascination with cybersecurity, and helping organizations to understand their risks is something that I can do very well in my role as Content Writer. Similarly, I’ve really enjoyed getting to know Microsoft Teams, and how I can help people in my organization to troubleshoot Teams issues – me! Helping people troubleshoot issues!

One of the best parts of my job is sitting in as our official webinar co-host, where I get to participate in discussions around new technology, learn from our amazing and knowledgeable Solutions Architects, and see this technology in action – it’s fascinating! From working at ProServeIT and LineZero, I’m picking up information about technology at a rate that sometimes makes my head spin, and am actually able to have technical discussions without feeling completely lost and left behind, and now, I’m proud to say that I’ve even hosted one of my own webinars, and look forward to the opportunity to host more in the years to come!

Women in tech don’t need to be technical… they just need an open mind and to believe in themselves that anything is possible! Join a tech company in one of the vital support roles and see where your intelligence and your interests lead.

What are You Waiting For? Become a Woman in Tech!

Being a woman in tech may not have been something that I considered when I was younger, but now that I’m in it, I can truly say that this job has made me grow as a professional. I finally feel like I’ve found my calling, and that is a wonderful feeling.

If my story has resonated with you, I’m glad. If it’s made you consider a role in tech, even better! We need more women in technology. So, what are you waiting for? Make a commitment to yourself to try something new, to branch out into the technology industry, and don’t be afraid to spread those wings and soar!